Asteroid or minor planet 274020 Skywalker was named for the fictional characters Luke and Anakin in the Star Wars universe. The space rock, about 2.5 Km in size, circles the Sun every five and a half years between the paths of Mars and Jupiter. It was discovered by the German amateur astronomers Stefan Karge and Erwin Schwab. They detected the minor planet from the Taunus Observatory, located in the Taunus mountain range close to Frankfurt am Main (Germany), using a cassegrain telescope with 0.6 meter diameter and the camera SBIG STL-11000M.

It was already discovered on 2007 September 12. But until the discoverers could suggest a Name, it took several years. Only when the discovery has been confirmed by other observatories and the calculated orbit reaches a high accuracy due to many measurements, the new object can be named. Minor planet Skywalker was named 8 years after the discovery.

The naming was published in the minor planet circular # 93068 as follows: 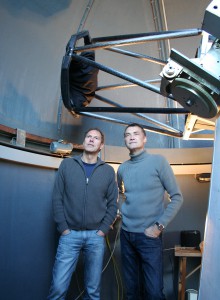 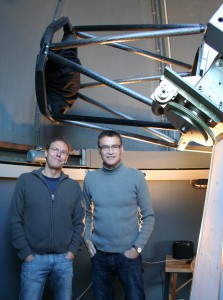 Animation of discovery frames. Field of view 8×7 arcminutes from total field of 60×45 arcminutes. Skywalker is the moving object in the center.