Asteroid or minor planet 336698 Melbourne was named in honor of the Melbourne Observatory,  which once housed the largest telescope in the world.

The space rock 336698 Melbourne circles the Sun every five and a half years between the paths of Mars and Jupiter. German amateur astronomer Erwin Schwab discovered the asteroid on 2010-February-5  in a distance to Earth of 310 million km. He detected this asteroid from his hometown Egelsbach in Germany using a remotely operated telescope at Moorook, South Australia. The remote controlled access was provided by the Tzec Maun Foundation. It is noteworthy that the aperture of telescope used was only 15 centimeters (6-inch) in diameter.

Melbourne is the capital city of the Australian state of Victoria. The Melbourne Observatory, which was in operation from 1863 to 1944, once housed the largest telescope in the world. The Royal Botanic Gardens and the Astronomical Society of Victoria maintain this important historical Observatory. 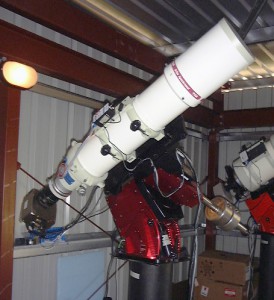 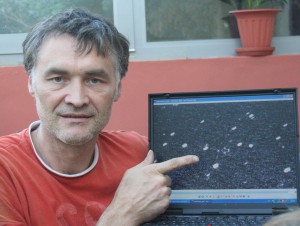 The discoverer with Laptop at his hometown Egelsbach